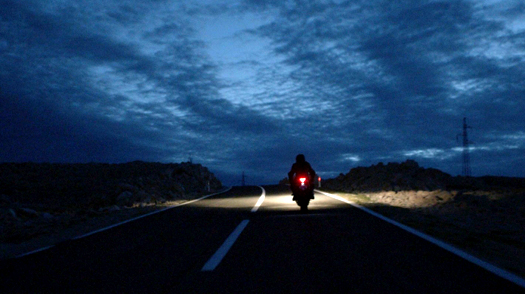 Ivan, 35, is a UAV pilot who takes out targets in the Afghan-Pakistani border area, while he himself sits in the Creech Air Force Base in the Nevada desert just outside Las Vegas. Ivan has never been to the foreign countries of his attacks, nor has he ever touched the plane he uses to kill. Modern warfare keeps him safe and disconnected from his prey. However, he is thrown off course by a tragic event. When a terrorist training camp he destroyed turns out to have been a school, and many innocent lives were lost, Ivan has to shoulder a tremendous sense of guilt. After this incident he becomes overwhelmed by feelings that he is unable to process and Ivan's disconnectedness starts to apply to everything in his life. A psychological thriller taking place in the world of present-day warfare, in the shadows between the real and the virtual.
Posted by Tony Bayfield at 1:07 pm
Labels: afghanistan, pakistan, usa